Patrick Middleton of the Biotechnology and Biological Sciences Research Council decribes the results of a public dialogue that embodies principle three of the Charter.

'Synthetic biology is a new science that applies the principles of engineering to biology. It aims to develop new or modify existing organisms to make useful products. Recognising that this is a potentially controversial area of research – with issues such as ‘playing god’, bioterrorism and the control of new technologies – the research councils BBSRC and EPSRC worked with the BIS-funded Sciencewise programme discuss this emerging area with a diverse range of the public in 2009/10. With over 150 people involved we wanted to ensure that we were running a sound process which was having real and measurable impacts on the research councils and more broadly, and so we put in place a robust and independent evaluation of the project'. 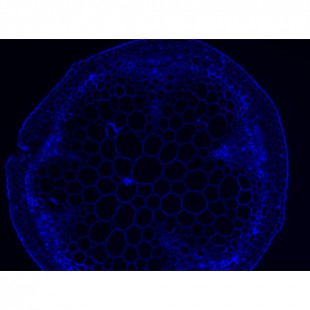 The results of a public dialogue, carried out by TNS-BMRB, around the controversial topic of synthetic biology were published in 2010. The aim of the dialogue, which stated in 2009, was to allow the diverse perspectives of a range of UK residents to be articulated clearly and in public in order that future policies can better reflect these views, concerns and aspirations.  The dialogue was commissioned and run by BBSRC and EPSRC, with Sciencewise support, and included a formal evaluation.

Following a competitive appointment process Laura Grant Associates (LGA) were appointed to act as the external evaluator of the dialogue. The research councils ensured that the evaluators were involved in the dialogue from the outset and as such they were instrumental in formatively evaluating the dialogue.

As part of the comprehensive evaluation programme LGA produced two reports during the period when the dialogue took place. Their interim report covered the period to the launch of the report in June 2010. Their final report details findings from a 6 month follow-up study carried out to understand where the dialogue has had influence.

In addition to the two reports produced during the dialogue BBSRC and EPSRC, captured the impact of the dialogue over the years and have a built a good understanding of the routes by which the dialogue has had influence (http://www.bbsrc.ac.uk/web/FILES/Reviews/synthetic-biology-dialogue-impacts.pdf).

The dialogue consisted of:

•           Twelve deliberative workshops that brought 160 members of the public together three times in four locations (London, Llandudno, Newcastle and Edinburgh) along with scientists, social scientists and representatives from the Research Councils;

A smaller group of stakeholders including scientists, engineers, social scientists, Government, Research Councils, Sciencewise and NGOs were involved through membership of the dialogue’s Steering and Oversight Groups.  In order to make sure that the evaluation was thorough, detailed and fit-for-purpose, the research councils worked closely with the evaluators to come up with a robust framework for evaluation. As a result the evaluation approach included the following elements:

•           Interviews to capture and understand the expectations of and outcomes for experts, stakeholders and policy makers;

•           A mini-workshop (conceived by the Research Councils and delivered by LGA) where the Oversight Group discussed the effectiveness of the dialogue.

The evaluators collected 124 exit questionnaires from the 130 participants that attended all three workshops. In addition they conducted ten interviews with members of the Oversight and Steering Groups over the course of the dialogue. These were added to observations of and feedback on the Oversight Group meetings to evaluate the group’s role in the process.  The focus of the evaluation was on both process and outcomes for public participants, scientists, engineers, Research Councils, policy makers and other stakeholders. The approach was primarily qualitative and aimed to understand how participants’ backgrounds, cultures and experiences shaped their opinions about synthetic biology and how accessible the dialogue processes was to them.  The evaluation framework that was put in place allowed the variety of activities that made up the dialogue to be comprehensively appraised at all stages. The interim analysis allowed for recommendations to be made on how the dialogue process was being received and how well different aspects of the dialogue were working.  Evaluation methodology during the follow‐up comprised the following four strands:

To explore outcomes over a longer period, part of the evaluation work was undertaken six months after the report was launched. It comprised of:

•           Follow-up research and analysis to explore the impact of the dialogue and its recommendations on policy deliberations, as well as to explore outcomes for participants.

The selection of evaluation activities allowed TNS-BRMB to ensure that the dialogue process remained fit-for-purpose.

The final report summarised the outcomes of the dialogue and provided useful learning points for future dialogue activities. TNS-BMRB also provided a range of suggestions on key learning and good practice points for dialogue follow up in their final report. The Research Councils are committed to using the suggestions outlined in the evaluation to ensure future dialogues are successfully undertaken.  The final element of the evaluation was the production of an impact report. This report looked in to the impact of the dialogue and how the outputs from it could be used to have maximum effect. The report specifically looked at how influential the Synthetic Biology Dialogue has been both internally to BBSRC and EPSRC, and in other organisations and was an in illustration of the wide range of impacts that the dialogue had.

“The Synthetic Biology Dialogue explored peoples’ hopes and concerns for this new technology. The dialogue and its governance were comprehensively and formally evaluated and the impacts of the worked tracked over three years.”

We'll be featuring case studies from partners and people involved in engaging young people and adults with science.

Find out more about how we got here.